How Student Activists at Duke Transformed a $6 Billion Endowment 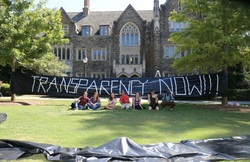 The Nation - DukeOpen, the group that pushed the changes, formed in the spring of 2013 and consisted of just a small group of determined students for much of its year-long campaign. This group conducted research on investment practices at other universities, met with administrators and investment officials, and, over the course of several months, crafted a comprehensive proposal in support of greater endowment transparency and investment responsibility. Committed to the belief that a university’s investments matter, that where Duke chooses to invest its nearly $6 billion endowment has a significant material and symbolic impact in the world, DukeOpen set out to bring its proposal to the board of trustees. 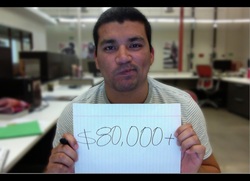 Huffington Post - Total student debt has nearly tripled over the past eight years, a new report from the New York Federal Reserve has found.  The overall number of borrowers past due on their student loan payments has also grown, from under 10 percent in 2004 to 17 percent in 2012. The fed report sees a connection, stating, "The higher burden of student loans and higher delinquencies may affect borrowers' access to other types of credit and the performance of other debt."

The fed's report comes less than 24 hours before the federal sequester is scheduled to take effect, the automatic budget cuts that will cut off federal financial aid for as many as 280,000 students nationwide. 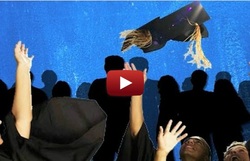 Face the Facts USA (A GW project) - More students are borrowing to finance college degrees. Outstanding student debt hit $914 billion in 2012. That’s up nearly 280 percent since 2003. 14.4 percent of that debt is past due.

Student debt is now second only to mortgages as an overall household liability – eclipsing even credit card debt, which totals $672 billion. Student loans are also the only form of household debt that has increased since the recession. All other types have gone down. 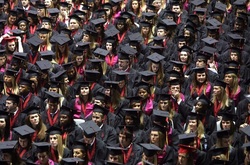 The Washington Post - The report called the changes a “major shift in spending” that occurred across all income levels. It comes amid a national debate over the $1 trillion student debt burden and the rising number of borrowers who have fallen behind on those loans.

Households are also dealing with dwindling scholarships and grants. Sallie Mae found that those funds paid for 29 percent of college expenses in the most recent academic year, down from a third the previous year.

Is College a Lousy Investment? 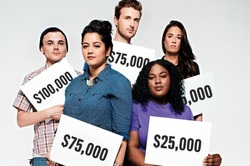 The Daily Beast (Newsweek) - For an increasing number of kids, the extra time and money spent pursuing a college diploma will leave them worse off than they were before they set foot on campus.

In a normal market, prices would be constrained by the disposable income available to pay them. But we’ve bypassed those constraints by making subsidized student loans widely available. No, not only making them available: telling college students that those loans are “good debt” that will enable them to make much more money later.

Board Members Say College Costs Too Much, but Not at Their Institution 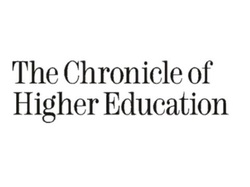 The Chronicle of Higher Education - Most members of college boards believe that higher education costs too much, but a majority also say their own institutions' prices aren't the problem, according to a survey on higher-education governance released on Thursday by the Association of Governing Boards of Universities and Colleges.

55 percent of board members surveyed said higher education in general is too expensive relative to its value. But 62 percent said that their institution costs what it should. Almost all boards report that they have the power and responsibility to set tuition and fees.

Most Americans Believe College Is a Right 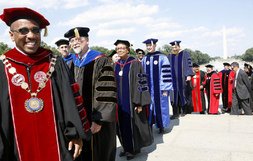 GOOD - According to a recent national poll by the Carnegie Corporation of New York. Carnegie found that a full 76 percent of Americans believe access to higher education should be a right and 67 percent believe that the cost of college is the greatest barrier to that access.

Americans believe that the cost of higher education is a greater deterrent than bad high school grades; lack of encouragement from family, teachers, or guidance counselors; and a lack of information about financial aid and how to apply to college
Disclaimer: GW Not For Profit does not agree with all views expressed in the above articles. We add content to this page with the idea that it best to entertain different perspectives on this decisive issue.