Issues about finances around GW

GW Hatchet - The University’s sticker price will jump to $58,488 for incoming students next year, the sixth straight year of 3 percent increases in cost of attendance.

The Class of 2017 will pay $47,343 in tuition, plus room and board – 3.3 percent more than last year’s freshman class, the Board of Trustees voted Friday.

Administrators have touted the steady tuition hikes, which hit a four-year high of 3.7 percent last year, compared to private schools nationally that averaged a 4.2 percent tuition increase. But GW is still nearly $16,679 more expensive than the average four-year private school for the 2012-2013 academic year.

The University has shaken off its reputation as the most expensive school in the country since it became the first to break the $50,000 threshold in 2007.

The hidden costs of campus dining 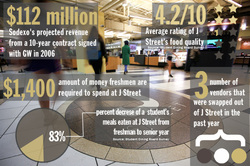 GW Hatchet - The number of meals eaten at J Street plummets by about 83 percent from students' freshmen to senior years, when they are no longer forced to spend $1,400 dining dollars there, a Student Dining Board poll of about 720 people found last semester.

Polled students also gave J Street an average food quality score of 4.2 out of 10. Just a single student gave J Street a perfect score. The Hatchet analyzed the cost of comparable items at different Colonial Cash venues and found that J Street’s prices are more expensive than most other options.

GWorld partners inflate their prices to afford the 8 to 10 percent commission fee and the 10-cent swipe fee to the University. Major credit cards charge between 2 and 5 percent in surcharges.

GW Hatchet - First-year staffers will make $3,500 next year, about 26 percent less than house staff members earned this year, with the chance to boost their paychecks each year they return to the position. 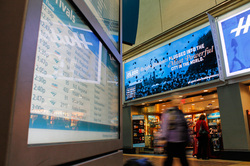 GW Hatchet - The University will spend almost $700,000 to throw an inaugural ball, dress up Union Station with GW billboards for D.C. visitors and advertise during a television broadcast of the parade.

GW will broadcast a 30-second spot on "cable and major TV networks around inauguration," University spokeswoman Candace Smith said. It also filled the halls of Union Station with a dozen lighted billboards that chronicle the success of students who are veterans or interested in environmental policy. It also paid for billboards in the Metro last fall after officially launching GW’s new look. 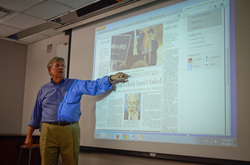 GW Hatchet - Faculty are complaining that GW’s classroom technology is behind the curve, and a report found this month that the outdated equipment stems from a “severe” budget shortfall.

Almost all classrooms have outdated equipment, and GW’s classroom technology division cannot meet professors’ demands for upgrades, according to the Faculty Senate report.

Out of the 135 general purpose classrooms at GW, 84 are equipped with mostly outdated audio-visual and IT equipment, according to the report. The University relies on analog instead of digital equipment and lacks flat-screen display panels in classrooms, Hegelt said, adding that GW is behind “the paradigm shift going on in the education business.” 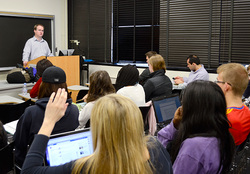 GW Hatchet - The University will pay adjunct professors with Ph.D.s $4,032 per course, a 3 percent increase that is just enough to keep up with inflation but less than union vice president and adjunct music professor Kip Lornell’s initial target of nearly $5,000 per course. Lornell said the pay raise satisfied the union, but still low-balled the value of adjunct professors, who often have real-world expertise in their fields and work at federal agencies and businesses.

“We’re asked to do exactly the same work, so we want equal pay for equal work for equally well-qualified people,” Lornell said.

Faculty salaries up, but lag behind peers' 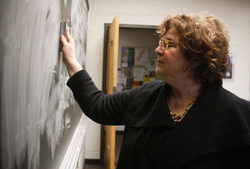 GW Hatchet - The University failed to narrow the pay gap between its average faculty salaries and those offered at similar institutions this year, according to new national data. The mean salary among GW’s 14 peer institutions exceeded that figure by more than $5,000 – a similar gap to last academic year – with New York University’s average professor salary trumping GW by more than $30,000. 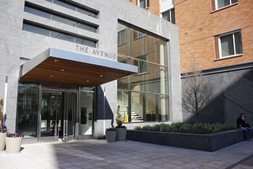 GW Hatchet - The deserted pit that stood at Square 54 just four years ago has become a more than 500,000-square-foot commercial and residential powerhouse, bringing in millions of dollars in nonacademic revenue for the University and the city. Now called The Avenue, the complex includes an office building at 2200 Pennsylvania Ave., six eateries, 333 apartments, Whole Foods Market, Citibank, NIH Federal Credit Union.

GW’s 60-year lease with the real estate firm Boston Properties is estimated to pump $9.1 million annually into the endowment for academics, financial aid and construction projects, like the adjacent Science and Engineering Hall. 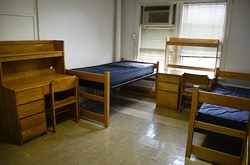 GW Hatchet - The University billed nearly 900 students a total of about $225,000 – a $50,000 increase from last year – for not cleaning their rooms before moving out of residence halls this year.

Any views expressed by authors in the above articles do not necessarily reflect those of GW Not For Profit. We add content to this page to support discussion of important higher education issues.