Meet the High Priest of Runaway College Inflation (He Regrets Nothing)

The Atlantic - The way Trachtenberg saw it, selling George Washington over the other schools was like selling one brand of vodka over another. Vodka, he points out, is a colorless, odorless liquid that varies little by maker. He realized the same was true among national private universities: It was as simple as raising the price and upgrading the packaging to create the illusion of quality. Trachtenberg gambled that prospective students would see costly tuition as a sign of quality, and he was right. "People equate price with the value of their education," he says

When Students Are Rejected For Being Poor: The George Washington University And The Roots Of A Troubled System

Forbes - While the school claimed to be “ need-blind” in its admissions – that it would not factor a student’s ability to pay into its admissions decision – it turns out that this policy was only half-true at best. The first reading of applications was “need-blind,” while the second was not. Or, in the words of the university’s damage control statement, "Consideration of need occurs at the very end of the admissions process.” The GW Hatchet, the student newspaper that broke the story, noted that this policy affected up to 10 percent of the student population. Students could be shifted from admitted to not admitted if they required too much financial aid. 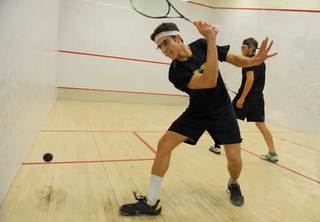 Washington Monthly - Today George Washington, like many “up-and-coming” second-tier schools—American University, New York University—is ruinously expensive. After decades of offering a low-cost education, GW took a sharp turn upmarket in the late 1980s under the presidency of Stephen Joel Trachtenberg. The university went on a high-class building spree, financed by a dizzying series of tuition increases. When Trachtenberg took office, undergraduate tuition was $14,000—below average for a private, four-year college. By the time he left in 2007, it had mushroomed to $39,000 a year (or, including fees and room and board, a whopping $50,000)—making GW the most expensive school in the United States.

Washington Monthly - As former George Washington University President Stephen Joel Trachtenberg said of GW's high tuition, “[Only] 40 percent of students pay list price. These are people from wealthy families; I have no compunction about charging them list price. They can afford it.” Iowa’s public institutions, taking this one step further, for years devoted part of their continual tuition increases to fund scholarships for low income students.

Peter Thiel: We're in a Bubble and It's Not the Internet. It's Higher Education.

TechCrunch - Thiel isn’t totally alone in the first part of his education bubble assertion. It used to be a given that a college education was always worth the investment– even if you had to take out student loans to get one. But over the last year, as unemployment hovers around double digits, the cost of universities soars and kids graduate and move back home with their parents, the once-heretical question of whether education is worth the exorbitant price has started to be re-examined even by the most hard-core members of American intelligentsia.

Undermining Pell: How Colleges Compete for Wealthy Students
and Leave the Low-Income Behind 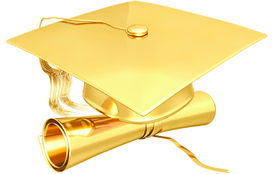 New America Foundation - With their relentless pursuit of prestige and revenue, the nation’s public and private four-year colleges and universities are in danger of shutting down what has long been a pathway to the middle class for low-income and working-class students. This report presents a new analysis of little-examined U.S. Department of Education data showing the “net price” — the amount students pay after all grant aid has been exhausted — for low-income students at thousands of individual colleges. The analysis shows that hundreds of colleges expect the neediest students to pay an amount that is equal to or even more than their families’ yearly earnings. As a result, these students are left with little choice but to take on heavy debt loads or engage in activities that lessen their likelihood of earning their degrees, such as working full-time while enrolled or dropping out until they can afford to return.

The views expressed by the authors in the above articles do not necessarily reflect those of GW Not For Profit. We add content to this page to support discussion of important higher education issues.